Anyone who has used the dockerImage.buildImage derivation has this same problem: how do I push these images to the registry?

This has multiple problems: it takes time to load and unpack the image in docker, it means that docker needs to be running, and it also means that now there is a need for a garbage-collection mechanism for the loaded images.

Thanks to @lewo for showing me the light, there is a new tool called skopeo that solves all of this (since version 0.1.19):

Nice. I don’t suppose you have a nifty solution for taking a docker-compose.yml file and turning that into nixos containers?

I suppose it would involve generating a NixOS configuration and then running nixos-rebuild switch. Generally I try to keep projects self-contained and avoid requiring system configuration changes. Unless it involves installing Nix obviously

How to do the same with buildah (and a .nix file)?

Nix outputs a docker image so buildah would be redundant in that context.

But how to do it (.nix file to image build) with buildah [instead of docker] - so that docker is not needed anymore

Docker is already not needed. If you use pkgs.dockerImage.buildImage from nixpkgs it’s possible to build a docker image using just Nix. It outputs an image tarball that can be pushed to the registry with skopeo. I assume that podman could also be used to run the image instead of docker.

My question is to build (from a .nix file) without docker [daemon] -> e.g. to build with buildah

I can see where the confusion is coming from.

pkgs.dockerTools.buildImage uses its own build process and doesn’t depend on the Docker daemon at all. The only docker-related thing is that it outputs docker-compatible images.

I just want to add that in latest versions of skopeo the command should be something like: 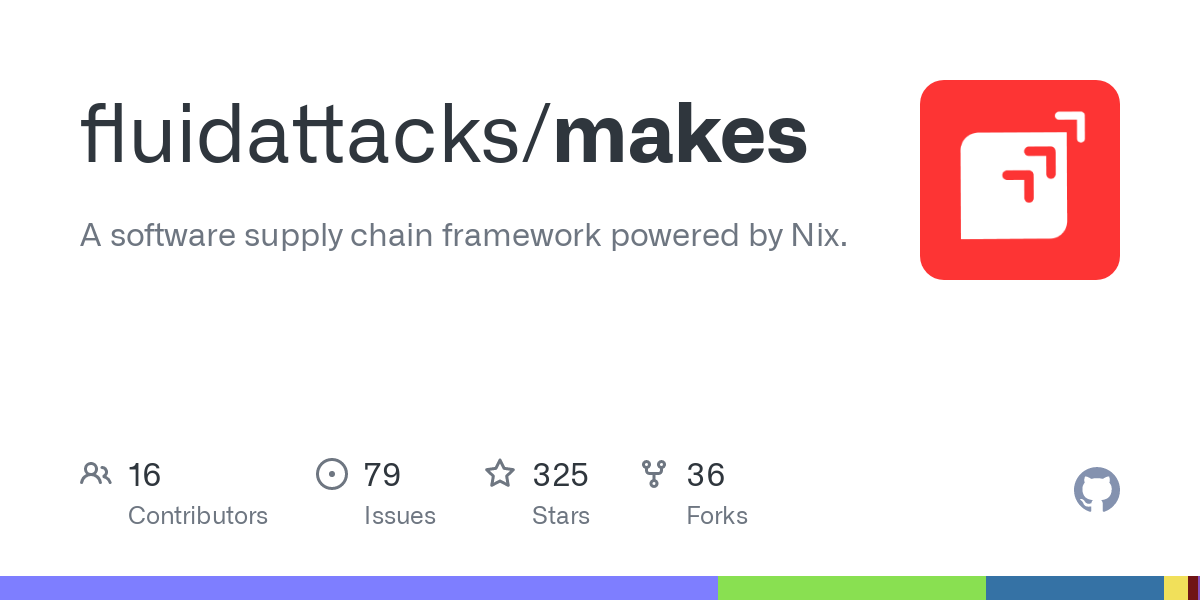 A DevSecOps framework powered by Nix. Contribute to fluidattacks/makes development by creating an account on GitHub.